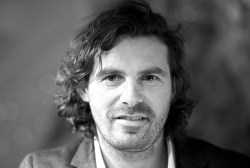 Stijn Haeldermans is a former professional football player, who was wearing, among others, the shirts of KRC Genk, Standard Liège, Fortuna Sittard, and Rot-Weiss Essen. After a professional career of more than 14 years, Stijn accepted a new challenge and started studying law.

However, since Stijn was still passionate about the game, he started attending UEFA’s coaching classes and took the examination to become a FIFA Players’ Agent. In 2010, Stijn acquired both the “UEFA A Coaching Diploma” and the FIFA Players’ Agents license.

At present, Stijn is registered as a football intermediary with the German and English FA.

He was previously involved in the transfers of among others:

In addition, Stijn has successfully negotiated the first professional contracts of the following youngsters: